Tummy Tuck is also known as abdominoplasty. This plastic surgery is aimed at tightening the skin for different reasons. Usually the abdomen skin can become loose because factors such as pregnancy, fat evacuation and extra loose skin because of successful weight loss for several other reasons. When the procedure is carried out, it is going to restore those weakened muscles and help alleviating pains including the bladder performance. It is going to reduce the risk of skin infection, itching and other problems that are associated with excess skin. It is going to change the abdomen shape and make it firmer and stronger.

You should not consider this procedure as a substitute for weight loss as it is not an exercise program. If your aim is to achieve a flatter stomach, it is possible to achieve such result without plastic surgery. This can be achieved through dieting, healthy eating as well as exercising. It has been recommended by doctors that this surgical operation should be performed after other efforts have failed to achieve the desired result of sagged skin.

What are the various types of abdominoplasty?

There are different types of abdominoplasty and they are as follows:

This is the type of procedure which the doctor performs by carrying out W shape cut instead of applying a straight line cut. It is expected that this type of procedure is to achieve the type of results you want because it go through the three angles that are needed to give you the right body shape after the procedure.

During the procedure, the doctor can decide to shorten the middle angle just by a few centimeters. In closing the cutting, the doctor ensures that the angles are sharp. There are some benefits that can be derived from this form of procedure when compared to other types. First is that the public hair level would not be raised. This is the common problem with other procedures.

Moreover, the procedure would ensure that equal edges are created and this ensures that the problems such as skin folds that might arise are eliminated. This is one issue with some other procedures.

A smoother result would be achieved at the end of the day when compared with similar procedures. This is because the tissues that are removed in the process are done laterally and not from the midline.

The other form of the procedure is the traditional tummy tuck procedure. This is also referred to as a complete abdominoplasty. During this procedure, an incision is usually done from hip to hip while a second incision is done vertically. When this is done, the muscle below the skin would be exposed such as the abdominal wall muscle and fascia muscles. Using sutures, the fascia muscles would be strengthened. After that, the excess fat in the body beneath the skin would then be evacuated from the body. During the operation, excess fluid in the system would equally be drained and the patients would be closed after that.

Another name for this type of procedure is the partial abdominoplasty. Usually a smaller incision is done in the same place as in traditional abdominoplasty. When done, fat and excess skin would be removed from the fascia. Any excess skin that is left would be removed after stretching the skin. There could be instances where the belly button could be cut away from the muscle that is below. In addition, there are instances where the fascia wall could be strengthened but this is not a major issue as it is a method that is more traditional. The final stage is the liposuction and incision closure.

In this type of procedure, the doctor could perform both lateral thigh lift and traditional abdominoplasty. It affords surgeons the opportunity to carry out further work on the waist when necessary. Moreover, at the end of the procedure, it would be easy for the surgeon to create a better looking thigh, especially at the upper part of that thigh. There is not much difference between this procedure and the complete abdominoplasty.

This procedure is rather new because many people may not know about it. The procedure can last longer than all those that were discussed above. When the doctor performs the procedure, he could spend about four or more hours in that procedure.

The major difference between these procedures is that the muscles are strengthened vertically compared to the normal abdominoplasty. Many people are taking to this type of procedure because of the efficacy. Its results are always visible and include a flat abdomen. Moreover, it offers a more defined waistline than similar procedures would.

This is another form of tummy tuck procedure but this procedure is not popular because it is rarely done. When it is done, it is always in combination with other procedures such as the lift and breast reduction procedure. The procedure is necessary when the skin becomes too lax. Usually when it is done, the outcome is great as the skin is pulled upwards and not to the public region. The technique is equally different. Incisions are not made low down, rather it is inverted and V shaped in the lower portion of the body, below the breast ribs. Lower incision is made after pulling the skin.

The procedure is done quickly because it often exposes so many muscles; this is done to prevent problems like fluid lost. There could be danger here because in the process to rush the procedure, the surgeon could make a mistake.

Another disadvantage that is associated with the procedure is that there could be a problem in repositioning the V scar.

Surgery Of the Body

Surgery of the Breast

Surgery of the Face 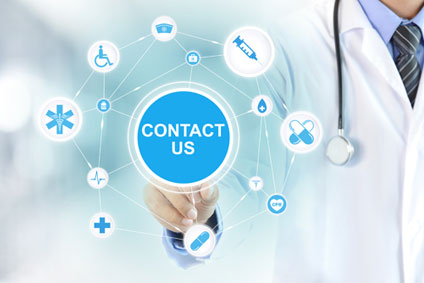 If you have any question, please feel free to contact us!